A replacement for the OBD1READ is brewing since a fairly long time and is now into beta testing.
The new device is meant to replace the earlier OBD1READ 22p and bare. it allows to get the same toyota obd1 data stream and more. offered with the plug and play connector only, it aims to use  every wire available in the cable.depending on the particular car, those diagnosis box contacts may already be populated by other systems, in which case I suggest thinking carefully if you want to modify the diagnosis box pinout or grow one exclusively for usage of TOYOCOM.


Externally the new tool remains nearly the same ,retaining it's blue clear case. a yellow led was added to let the user know when the obd1 data stream sent by the ECU is received correctly by the tool. This feature allows for better troubleshooting. 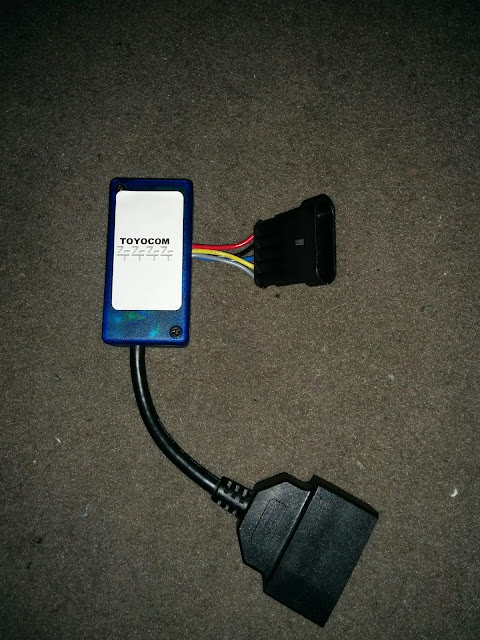 New use cases handled by the new tool