TOYOCOM:: Universal mode with a carburetor. 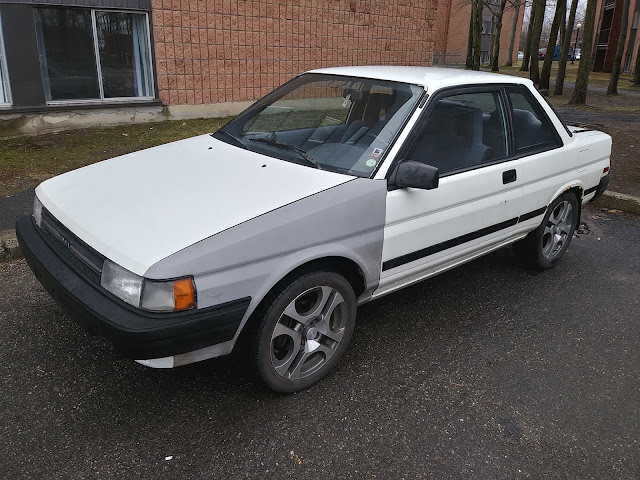 It got fixed here and there in the last year span; tires,suspension,brakes,body panels and exhaust system, engine valve seals and timing belt to name a few. The good old trusty 3E grew on me in that time lapse since it was so reliable, overshadowing the fact it is under powered to the extreme.


It's an 1.5L 3E engine from 86 to 90. This engine uses a carburetor and a computer to control some peripherals and monitor it's overall operation. Very few existing sensors are useful on it, an oxygen sensor is there at least. all other sensors are switches. no analog sensors at all.(digital throttle position switch and digital temperature and vacuum switches)


Only E1(ground) and the VF (fuel trim) were available in the diagnosis box for the TOYOCOM to use. not even switched power (+B). Improvements had to be made to take full advantage of this setup.


GETTING  SOMETHING INTERESTING INTO TOYOBD1 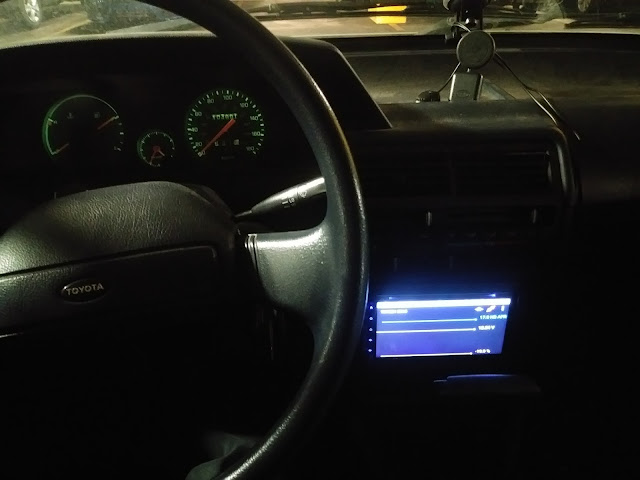 An android car radio was installed to be able to gather data all the time from the TOYOCOM unit installed in the engine bay (blue box in the upper right corner of the preceding picture). this radio is setup to connect to the TOYOCOM every time TOYOBD1 starts.
Even though there were still custom inputs available on the TOYOCOM nothing else was routed to the diagnosis box yet.


WHAT WAS LEARNED FROM TOYOBD1 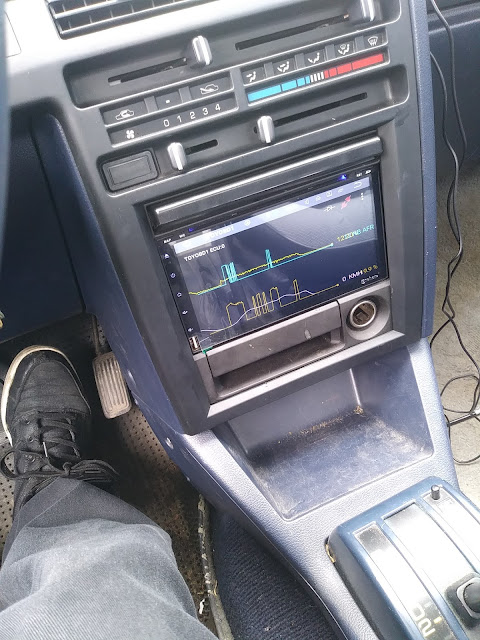 WHAT IS COMING AHEAD

More custom sensors are to be mounted on the engine to even out MPG calculations reserved only at this time to EFI engines. more sensors will be added to monitor the engine tune and improve it along the way as possible.
Posted by JF Breton at 14:38 3 comments: